To be always aware of the Project progress on the First Buddhist Temple with a Stupa in Moscow is a natural desire of everyone who is assisting in the Project promotion.

16) Stages of construction of the Auxiliary building (Small Temple)

After the completion of this very important stage, we can begin the construction of the above-ground part of the Small Temple.

Any contribution, even in the lowest amount, is now very valuable!

Anyone can offer help

Stage 1 – the device pile Foundation, sheet piling fence, development of the pit. The cost of 4 million rubles.
A period of up to 12.06.2019.
Stage is finished

The cost of this work was RUB 4.5 million.
Stage is finished

Our page in Facebook. Announcements of events near the Stupa (Russian only) 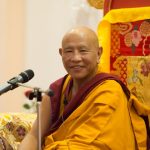 Photos of construction of the Stupa of Enlightenment in Moscow. We have collected all available photos in one folder. If you took part in construction, consecration, or helped in the workshop at the Yugo-Zapadnaya, look for yourself in the photos!

Construction of the Stupa. Stages. History>>

12) The construction of the Stupa has been in dynamic progress since the end of 2016.

11) June 2016. Construction of the Stupa will be launched in the territory where the First Buddhist Temple in Moscow will be located.

On May 20th, on the eve of the birthday of the Buddha Shakyamuni, in the territory where the First Buddhist Temple in Moscow will be located, despite of the rain, a prayer service was held.

It symbolized the beginning of the Stupa construction.
The prayer service was made by Did Khambo Lama of the Buddhist traditional Sangha of Russia Dashanima Sodnomdorzhiev.

Earlier, in October 2005, the His Eminence Taklung Tsetrul Rinpoche conducted a ceremony of consecrating the land on the site of construction of the Temple and the Stupa.

10) March 2016. A two-story building will be constructed on the territory of the future temple

On the territory of the future Buddhist temple in Moscow, the construction of a two-story building began, so that the believers of Moscow and the Moscow region could meet there and hold their activities.

8) 15.05.2015. A special event dedicated to the opening of the Buddhist Temple with a Stupa construction took place in Otradnoe 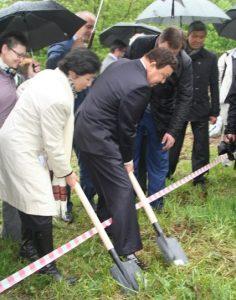 7) 9.04.2015 г. The meeting of the Board of Trustees of the Moscow Buddhist Society took place

During the meeting issues on the fund raising and the steps of the Stupa and the Small Temple (an auxiliary building) construction, as well as the Main building of the Temple and the fence construction have been discussed. 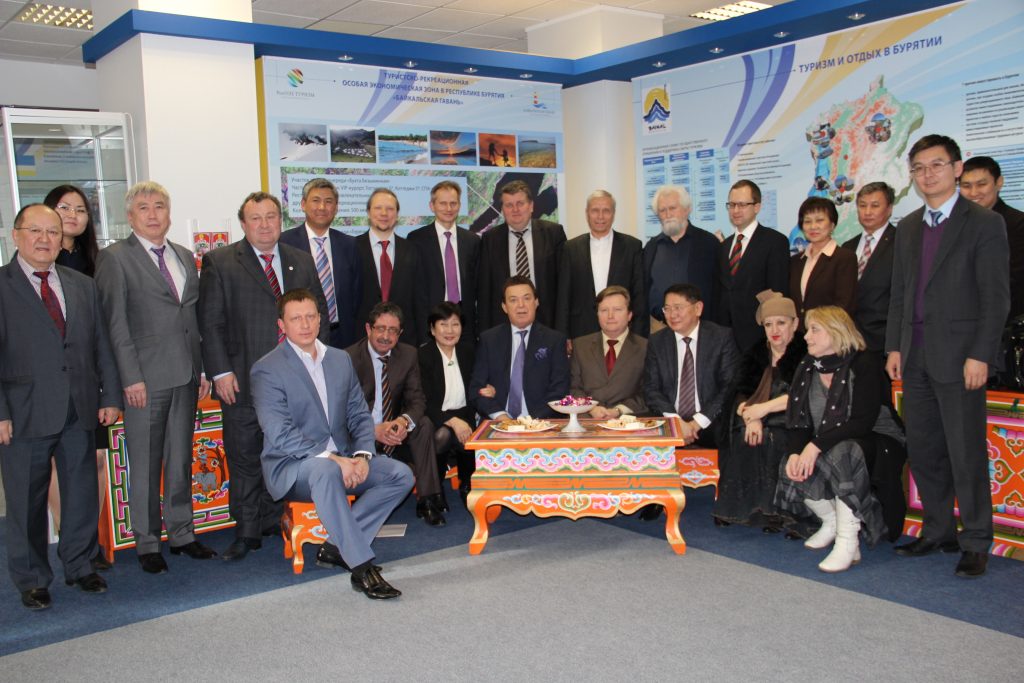 6) 19.02.2015 г. An opening ceremony of the “Paradise Pagoda” with a prayer wheel in the place of the Buddhist Temple construction took place in Otradnoe.

The Pagoda construction was accomplished within the “Cultural centers” Federal Program of the United Russia party. Ambassadors from Mongolia, Vietnam, Myanma, Sri Lanka and from Russian republics Tuva, Kalmykia and Buryatia, in which Buddhism is traditionally practiced, participated in the opening ceremony of the “Paradise Pagoda”. Note: Prayer wheels have tightly closed scrolls with prayers. It is considered that one rotation of the prayer wheel with heavenly thoughts is equivalent to saying aloud millions of prayers placed inside the wheel. The prayer wheel brings pacification and peace to the people’s hearts and extends harmony to the world around.

Positive Conclusion № 2-1-1-0059-13 of non-state expert appraisal for compliance with town-planning and technical regulations, a development plan for a land plot, national standards, technical standards, the project assignment, results of engineering survey was obtained on December 27, 2013.

Plan of the Land of Plot № RU 77-175000-006683 dated 18.04.2013 approved by the Order of the Committee for architecture and urban construction of the City of Moscow. The Urban Development Plan for the Site is a type of documentation for planning the territory.
The plan is provided to the developer by authorities and actually means an approval for main project decisions and gives an opportunity to manage any further actions for implementation of the investment Project.

2) 2005. Rituals for successful construction of the Temple with a Stupa

For the Goodness of the Temple with a Stupa

In October 2005, His Eminence Taklung Tsetrul Rinpoche conducted a special Buddhist ceremony in the place of construction of the Temple and the Stupa:

The sequential performing of these ceremonies is an ancient Buddhist tradition when constructing religious objects and it leads to the harmony and friendly sympathy towards the future Temple and the Stupa.

The integral worldview of Buddhism is penetrated with ideas of spiritual ecology and the desire of bringing goodness to all living creatures. In the beginning of any action related to the construction, the ceremony of taking the earth is performed. Its meaning is in invoking The Goddess of the Earth (Tibetan Saiiy Lhamo), drafting Her image in a strictly defined special place – the center of the proposed structure, and ritual digging the earth, so as not to harm it, as the earth is the flesh of this Goddess. The ceremony is followed by offerings and obsecration of the Goddess.

Suppression of the Negative Forces

The ceremony of suppression of negative forces is performed according to the Zhang Ter tradition of “Northern Treasures.” During the three-day ceremony which includes prayers, invocations, offerings, reciting the sacred words of Buddha, all forces being hostile towards living creatures and causing harm, sending diseases, causing wars and conflicts, do surrender and drive away by the power of Truth of the Commandments of Buddha, the Awakened Blessed. As a result, the Stupa shall provide protection and strength, bringing peace and happiness to all beings, near and far, carrying the blessing of this ceremony.

Laying Vessels of the Earth Essence

During this ceremony, the Vessels up-front filled with holy texts, incenses, images of Divines, medicines, etc. are placed into the ground on four sides of the proposed building, thus, carrying the blessing that removes all obstacles in the construction, provides for the long life of the building and protects it in the future. They also lead to the harmony and friendly attitude towards the future of the Buddhist Temple and the Stupa.

The Foundation Stone Laying of the future Buddhist Temple took place on the site allotted by the Government of Moscow in the Northern-East District, Otradnoe, in 2002.