The month of Saga Dawa begins on May 16th 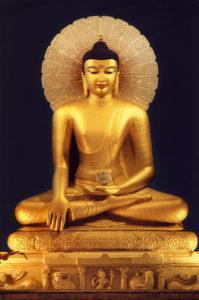 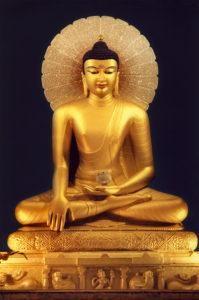 The month of Saga of Dawa being sacred for Buddhists begins on May 16th. During this month, merits of any good action are multiplied by a hundred thousand times. Main events in the life of Buddha Shakyamuni took place during this month called “the month of a hundred-thousand-fold increase.”

The most important day of the sacred Buddhist month is the fifteenth lunar day (in this year, it was May 29th). On this day, Buddha Shakyamuni was born, reached the Enlightenment and left for Parinibbana. On the full moon of the fourth lunar month, merits increase by millions of times, so on this day, Buddhists are particularly devoted in their spiritual practice. Ceremonial prayer services are held in temples and monasteries.

During the entire holy month, Buddhists are in practice of all methods of accumulating merits: they devote more time to spiritual disciplines, take Mahayana vows and Bodhisattva vows, make the pilgrimage to holy places, make the practice of Kora around temples, stupas, bring offerings to monastic communities and the poor. The month of Saga Dawa lasts until June 13th.