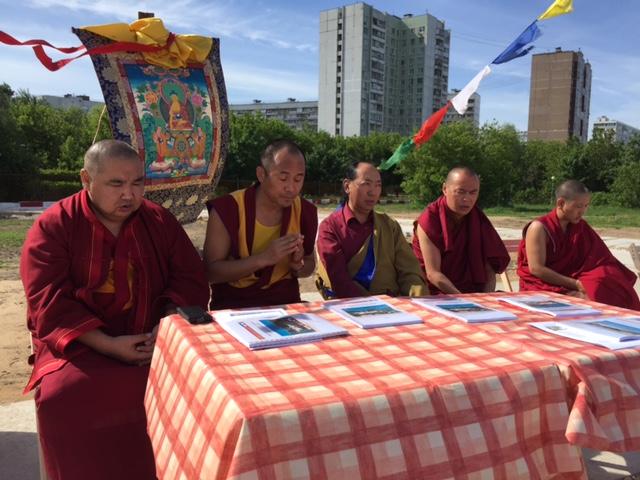 On June 2nd 2015, the Ceremony on the occasion of the 2,555th Buddha’s Birthday (Buddha’s Birthday, Enlightenment and Mahāparinirvāṇa) took place at the construction site of the Buddhist Temple with a Stupa (Otradnoe Disctrict, Moscow). The Ceremony was opened with a Buddhist prayer by Buddhist monks and continued by greetings from the representatives of the Moscow Buddhist Society, the Government of Moscow, Russian regions and other guests.